As part of the COST action that is dedicated to citizen science across Europe, I have participated in a training school about digital transformation, citizen science, and social innovation.  The training school set out to be a five-day event for doctoral students, researchers, policymakers, civic entrepreneurs, designers, and civil servants who are interested in exploring and learning about:

The students came from across Europe – from places such as Turkey, Sicily, Hungary, Austria and Scotland, with the usual internationalisation of the academic world – such as Lithuanian working in Italy or Spanish working in Scotland. Although some of the students were already familiar with the world of citizen science, other were new to it. We’ve started the week with a mapping exercise to help us set mixed groups with different skills across the spectrum of social innovation and citizen science. 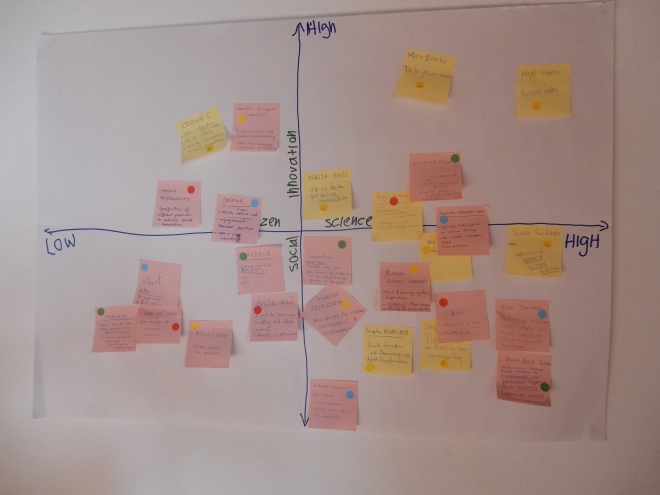 During the week, four groups of students (some of them experienced researchers at an advanced stage of their career!) started to develop research activities around the intersection between the three core topics. Some noticeable outcomes are the realisation that within a highly multidisciplinary area, there are challenges in case study selection and analysis; the need to define concepts such as impact, uptake, value, success, failure and so on… There was also the constant issue of finding bout failures so other people can learn from them.

After about a day and a half of lectures, discussions, and organisation, the participants started to look into four interesting areas. The first group started to ask questions about the social impacts of projects and in particular the difference between co-created projects which tend to be short term, and long-term projects, which tend to be top-down and highly structured. They started working on analysing 30 case studies to understand the trade-offs. The second group questioned the differences in “triggering events” for citizen science and especially “stress” vs “shock”. The stress events are ongoing issues such as noise or air quality, while shock are events such as disaster response. The third group started looking at the meaning of “value” in citizen science and ended with the clash between the neoliberal interpretation of citizen science vs the more communitarian and humanistic interpretation of its role in society. They have done their data collection by interviewing the trainers – a good way of utilising the knowledge in the room. Finally, the fourth group explored project reports on the Horizon 2020 portal as a way to understand the social value that emerges from EU funded projects that are relevant to the areas of social innovation and citizen science – they have identified over 90 projects that are worth exploring further.

The value of a training school is in the immersion that participants and trainers have for the five days and the fact that this school was running in the winter meant that there was an extra incentive to stay inside and focus. This adds to other good experiences at the same location through the Vespucci Initiative. At the end of it all, it is about building networks of researchers which will hopefully continue to develop. 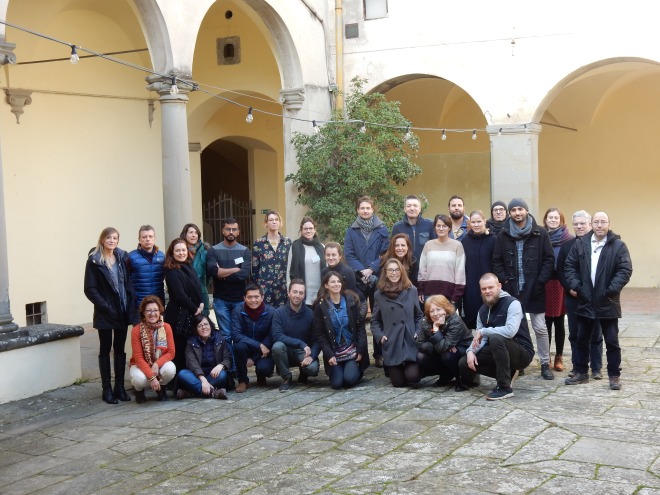