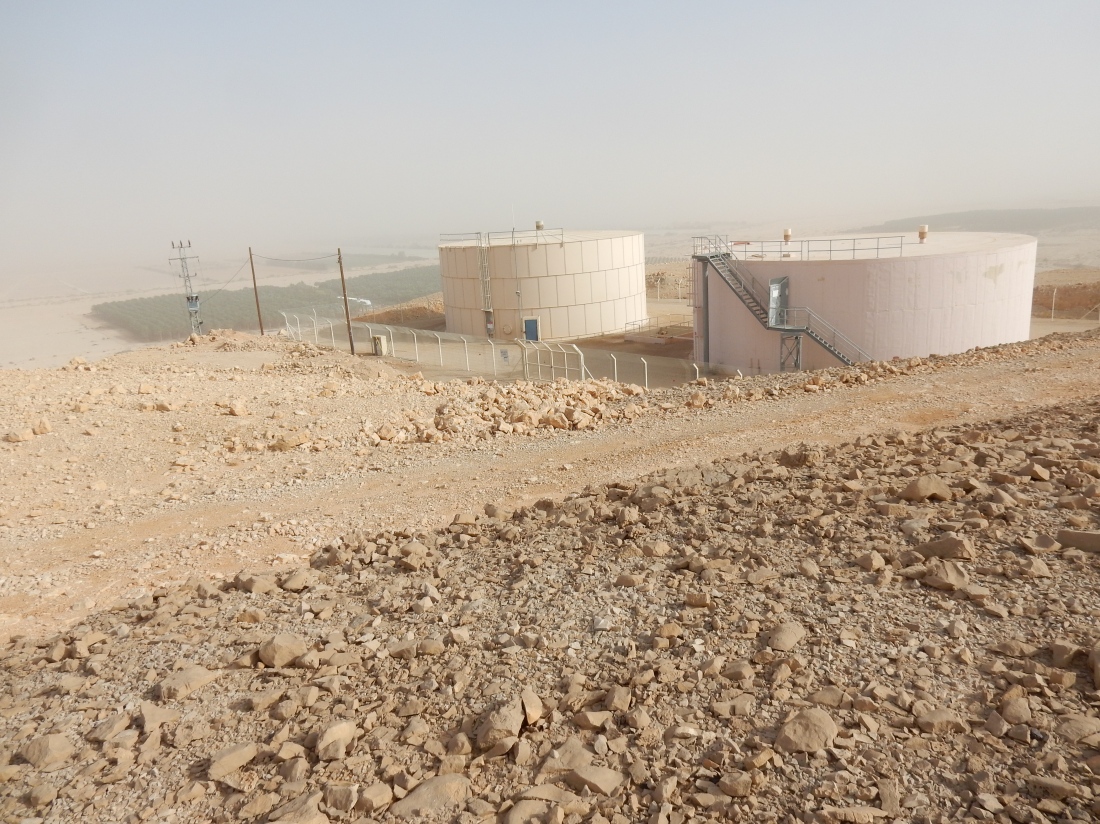 The Eilot region, near Eilat in Israel, is considered locally as a remote part of the Negev desert in Israel (it is about 3.5h drive from the population centres of Tel Aviv). It is an arid desert, with very sparse population – about 4000 people who live in communal settlements – mostly kibbutzim in an area of 2650 sq km (about the area of Luxembourg. This is a very challenging place for Western-style human habitation, in an area with a fragile desert ecosystem. The region and the Arava Institute at the centre of it, provided the stage for a workshop on Long-Term Socio-Ecological Research (LTSER) network with participants from the European network and supported by the eLTER H2020 project. LTER and LTSER are placed-based research activities that are led from the ecological perspective, with the latter integrating social aspects as an integral part of its inquiry and research framework.

The workshop run from 4-8 March on location, which allowed the immersion into the issues of the place, as well as exchanging experiences and views across the different “platforms” (the coordination bodies for the different sites that are used for LTSER research). While the people who are involved in the network were mostly familiar with one another, I was the external guest – invited to provide some training and insight into the way citizen science can be used in this type of research.

Its been over 21 years since I’ve been in this place – which I visited several times from my childhood to my late 20s. With a long experience of living in the UK, I felt like an outsider-insider – I can understand many of the cultural aspects while, at the same time, bringing my thinking and practice that is shaped through my work at UCL over this period. Also in disciplinary terms, I was outsider-insider – I’m interested in ecology, and with citizen science, linked to many people and activities in this area of research – however, I’m not an ecologist (leaving aside what exactly is my discipline). Because of that, I am aware of their framework, research questions, and issues (e.g. limited funding and marginalisation in science and research policy) which helped me in understanding the discussion and participating in it.

Visiting the area, discussing the social and ecological aspects, and progressing on a range of concepts, brought up several reflections that I’m outlining here:

First is the challenge of sustainability and sustainable development in such an area. It was quite telling that the head of the region, who is an active scientist, was pointing out that they want to have progressive development, and not exactly sustainable development. As we visited and travelled through the area, the challenges of achieving sustainability – with a wish for limited demographic growth and economic development that will ensure the high quality of life that the communities carve in a hostile environment can continue. This means attracting younger people who want to be part of the specific kibbutz community (the average age in the current settlement is quite high); bringing in commercial activities that match the characteristics of the area without altering them hugely – such as renewable energy activities (the area is already receiving 70% of energy from renewable energy during the day), agriculture (the area is a large producer of Medjool dates), and tourism (a new airport is about to be finished for flights from Europe); and all this while paying attention to the environmental and natural aspects of the area.

Second, the importance of cultural shaping of human-environment relationship in the area. The social organisation, the focus on agriculture (in addition to the dates there is an important milk dairy in ), and a strong belief in the power of technology to offer solutions to emerging problems stood out as major drivers of the way things happen. Each Kibbutz have a specific culture, which influences its social and operational characteristics so each is making collective decisions according to the specific organisation, and this has an environmental impact – for example, with the increase in heat due to climate change it must be that Yotveta, with a big herd of milk cows that are maintained in the desert conditions, is facing tougher challenges – and we heard from Ketura who made the decision not to maintain their herd. The impact here is an increasing use of water to cool the cows, not to mention that need to bring the feed from outside, I’d guess through Eilat port which is a short drive away. The agriculture is important in both the general ethos of the Kibbutz movement, but also significant economic income – and at the moment the dates are suitable in terms of the income that they provide. The way technological optimism is integrated into this vision is especially interesting and was pointed out by several participants. Several local presenters (some of them decision makers) mentioned that the region wants to be “silicon valley of renewable energy” and there is already rapid development of various solar energy schemes in different settlements, a research centre, and the cadaver of Better Place battery replacement station, but clearly nothing on the scale of say, Masdar Institute or anything similar in terms of the scale and R&D effort, so it is not clear what is standing behind this phrase. It seems more like a beacon of energy independence of some sort, and the provision of energy to the nearby city of Eilat as a source of income. The local presentation and discussions show a strong “frontier” conceptualisation of a personal and collective role, and this comes first in term of the relationship with the environment. The result is odd – organic palm dates which are planted next to fragile sand dunes, and with issues with waste management… 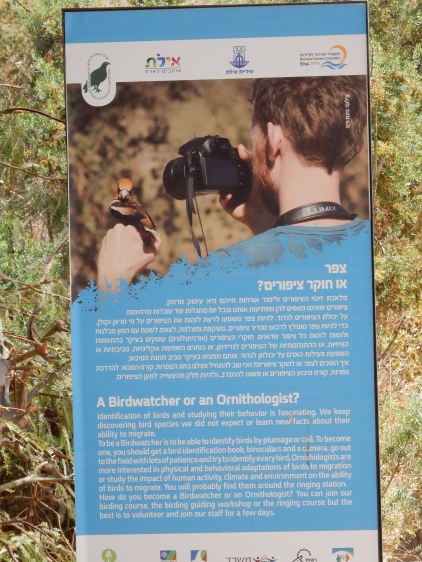 Third, it was not surprising to hear about citizen science activities in the area, including a recent winter bird survey that was initiated by several environmental bodies in the area, and which includes the use of Esri Survey123 forms to collect data in several specific sites, by providing the participants shelter and food during a weekend and which had excellent results. The area is perfect for citizen science activities – it got a highly educated population, large areas of nature reserves, very good mobile connectivity even off the roads, and environmental awareness (even if actions are contradictory). It is also a critical place for migrating bird, and there is a small visitors and research park near Eilat. At least from the point of view of LTSER, there’s a potential for a range of activities that can cater for local and for tourists.

Fourth, it was interesting to have discussions about citizen science that moved well beyond concerns over data quality (although I did have some of those too – as expected!). Amongst ecologists, the term citizen science is familiar, though not the full range of possibilities and issues. There were many questions about potential cross sites projects, recruitment and maintaining work with participants, creating new projects, and even using the results from citizen science in policy processes and gaining legitimacy.

Fifth, and something that I think worth exploring further – I couldn’t escape the thought that it will be very interesting to compare the kibbutz social and cultural organisation over time with open source and open knowledge projects. A concern that we heard through the visit is about the need for demographic growth but with very specific and testing conditions for anyone who wants to join – beyond the challenging environmental conditions. There is a fascinating mix of strong ideological motivations (settling the desert, leaving in communal settings, doing agriculture in the desert) with actions that are about comfort and quality of life, and as a result, concern about the ageing of the core population many of them from the founding generation. I can see parallels with open knowledge projects such as  OpenStreetMap, or citizen science projects, where you hear two contradictory statements at one – a wish to bring more people on, combined with a strong demand for commitment, and practical barriers to entry, which as a result create a stable core community which slowly age…

The workshop was summarised graphically by Aya Auerbach, in the following way.